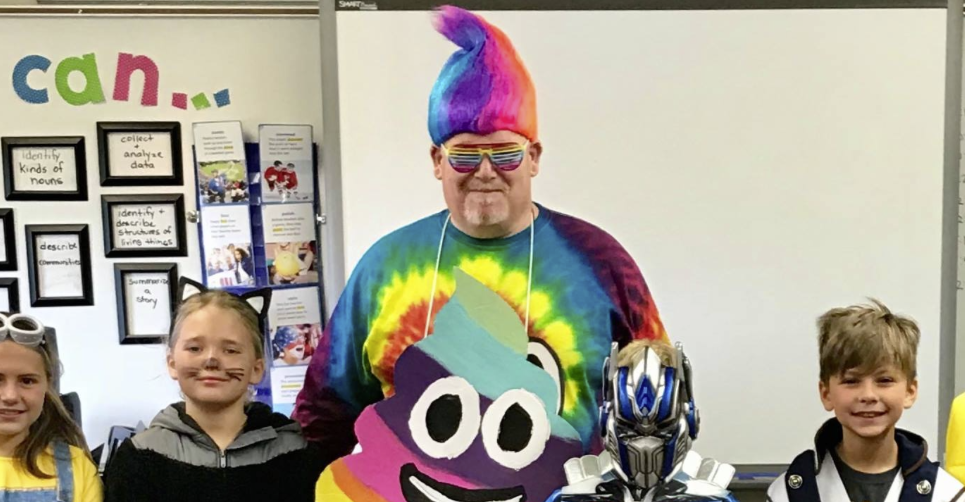 On this Halloween #TeacherTuesday, we’re featuring Chris Calhoun, a “fun guy” who is so much more than that. This learning support teacher at General Nash Elementary in North Penn School District has often wondered whether the emotional support he offers makes a difference.

“I had many a sleepless night worrying about my kids as they worked through sixth grade, stressing about whether I had prepared them to successfully make the jump,” he notes. When he was invited to attend the high school graduation of a former student, Chris learned the true answer. The student “credited me with motivating and keeping him going when things got tough. He said he remembered me telling him, ‘Keep pushing, don’t stop,’ and ‘You’re going to hear my voice in the back of your mind,’ and funny enough, he said he did hear me at times.”

As the ES teacher, he may be viewed as “mean” by some kids and staff who see him “re-directing or disciplining my kids.” That’s why he’s happy that “days like Halloween let them see the goofy, silly Mr. Calhoun and allow me to decompress and show off my school spirit and pride.”