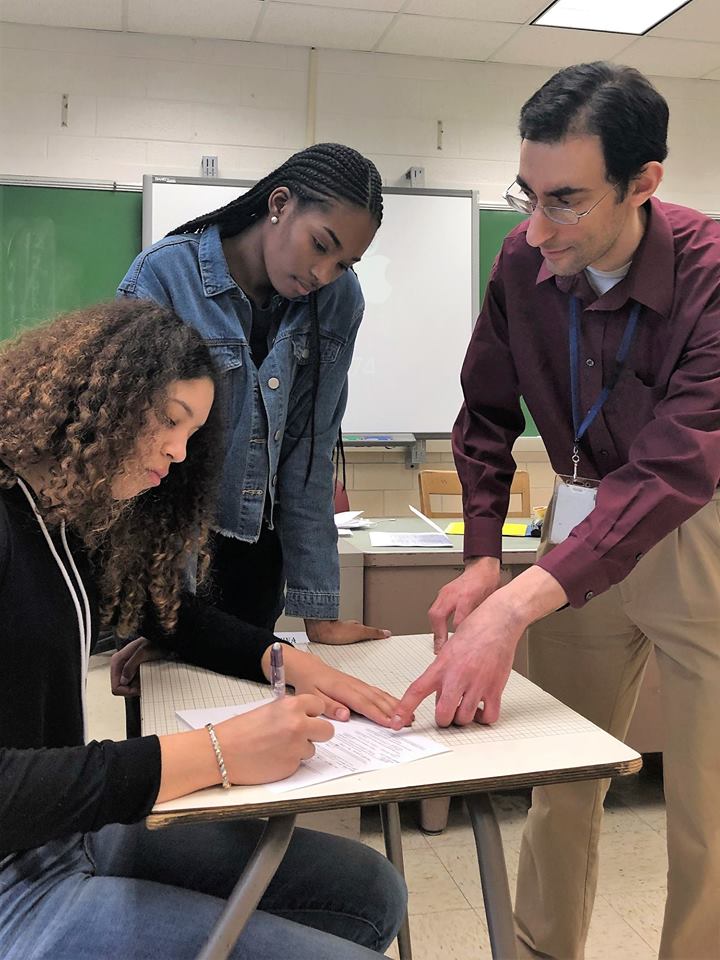 Jonathan Shina of Cheltenham High School (this week’s #TeacherTuesday) teaches math, as well as computer programming and AP computer science courses, and was recently named as an Arcadia University 40 Under 40 awardee. He also has the distinction of being the inaugural recipient of the Outstanding Educator of the Year Award at Cheltenham High School.

Jon’s plans after graduation from Arcadia were to enter the field of actuarial science. His capstone presentation of an especially abstract mathematical concept resulted in a serious talk from his advising professor who told him to reassess his career goals. “In a tone that left absolutely no room for debate, he said, ‘You really need to scrap the actuarial track and become a teacher.’”

Jon says, “I ultimately heeded his sage advice and have never looked back.”

We’re glad the professor recognized Jon’s ability for teaching complex materials and set him on his current career path! Tell us what other teachers were steered in that direction by mentors who recognized real talent and we’ll feature that person in an upcoming #TeacherTuesday post.