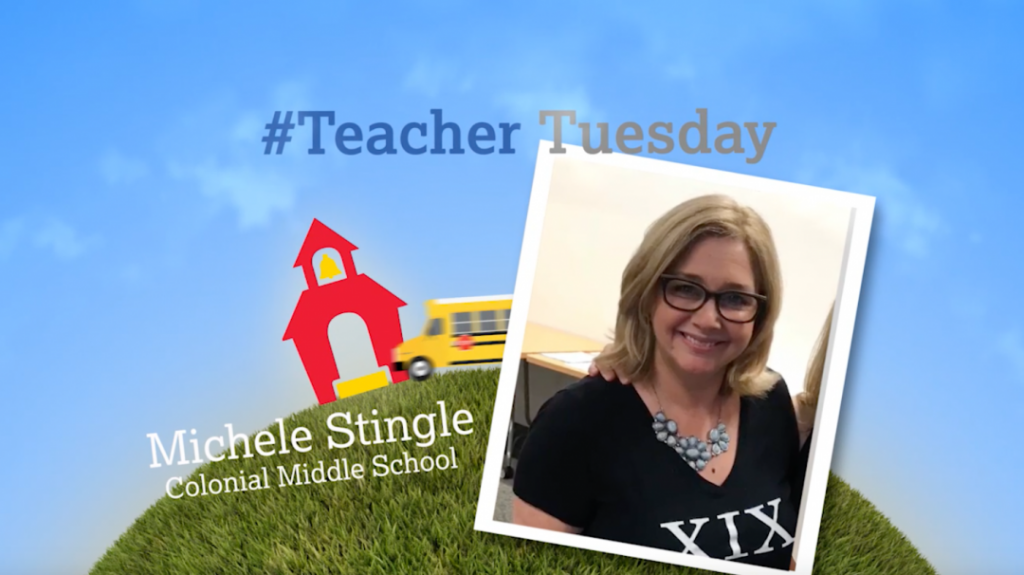 Michele Stingle is that special educator whose impact is felt well beyond the time spent in her classroom. This week’s #TeacherTuesday, also featured on FOX 29 Good Day Philadelphia this morning, is an eighth grade English teacher at Colonial Middle School in the district of the same name.

At the beginning of each school year, she promises her students and their parents, “that by the end of the school year they may not be better writers — but I assure them that they will be better thinkers.”

She adds, “In order for my kids to be better thinkers, they learn to trust that our classroom allows for their unique voice, and they grow to know that every one of them belongs in our space and has something to contribute.” She further adds, “Every day offers a chance to reinvent themselves to be a better thinker, student, and person than who they were yesterday.”

Michele also serves as the Education Director of the Justice Bell Foundation, and this past year spearheaded a pilot project in the state involving the entire eighth grade class of about 375 students to learn about the Justice Bell and the women’s suffrage movement. The students now understand the importance of a simple bell, right here in Southeastern Pennsylvania, that became an iconic symbol of justice and helped to secure the passage of the 19th Amendment. As part of the project, they developed a wide variety of creative artistic and written projects to answer the question “What does justice mean to me?” with awards given to six students.

Tell us who else inspires students to soar and we’ll feature them in an upcoming #TeacherTuesday.